As the recent Conservative, neo-liberal UK government dug in around the mantra ‘growth, growth, growth’, as it attempted to mobilise supporters by conjuring up an enemy called the anti-growth coalition, I see the desperate dying throes of fossil fuel interests. Not dead yet, still deadly.

By the time this Digest appears, the UK’s Prime Minister and Chancellor of the Exchequerhave been forced to resign, such is their rash dogmatism in favour of tax-cutting and growth at any cost, but the replacement Tory regime offers little change to the growth mantra.

It is an ordinary day, Saturday October 8th (but no day feels ordinary) as I start to read TheGuardian. Online, I skim and scan, in a hurry to finish and move on. Bad reading habits were already quite entrenched from life as an academic but now this hurry achieves a new purpose in the context of the daily downpour of bad climate news: I get to be informed, but I don’t want to know. I find out but I avoid pausing to digest, to pay attention to how body feels and to give myself time to bring that to mind (what Bion calls ‘alpha function’). I don’t keep hold of much of the factual detail but my reading nonetheless leaves its mark: a heavy heart. My internal climate scene – the affective totality of what I know about climate catastrophe - settles into a slightly new position, like tentatively moving a kaleidoscope. There are numerous examples every day. They all cry out for further linking, as this one does. Here, however, is just one.

George Monbiot’s Guardian opinion piece, where I click immediately, describes the now ex-Prime Minister succinctly: “Liz Truss, a hollow vessel filled with second hand ideas by the dark money thinktanks [who] must scarcely have believed their luck: that someone so malleable could become Prime Minister”. He points out that the Institute of Economic Affairs (a bland name for a right-wing organisation supported by fossil fuel interests) had for years “incubated Truss and Kwarteng”. What sense can climate psychology make sense of actions that – predictably and predicted - have destabilised a nation’s economy, raised the cost of government borrowing and household mortgages, sent pension funds into a panic, necessitated a massive Bank of England intervention to calm the spooked markets? What complex, systemic psycho-social processes explain how the UK is in this mess? As I read, I can’t answer this question, so - less puzzling - I follow the money:

Monbiot’s main theme is the way the BBC is captured by dark money thinktanks, and that is depressing enough. However I followed a hyperlink to an article headed European Commission aims to end secret system protecting fossil fuel holdings.

This article exposes not just the grip that neoliberal fossil fuel interests have on the culture and the language we have available in which to think politically, but the material and structural grip these interests have on governments, in this case European. There is something called, cryptically, the Energy Charter Treaty, which has signatories from across the Western world, many of them European. It was formulated at a time when Europe was protecting its energy companies’ foreign investments. (That in itself is a reminder of how the EU was a policy arm for its fossil fuel corporations at a time – the mid 1990s - when climate science already knew about the catastrophic effects of carbon emissions.)  The ECT enabled European energy firms “to sue states in a secret court system when they believe their profit expectations have been hurt by policy decisions”. But by 2014, two thirds of ECT cases concerned cases suing European governments – governments that latterly have tried to enact legislation to stop oil and gas explorations. The Italian government, trying to ban drilling for oil within 12 miles of its coastline, was ordered to pay £210 million to a British oil exploration firm, Rockhopper, to compensate not just for money already spent but for loss of future profits. 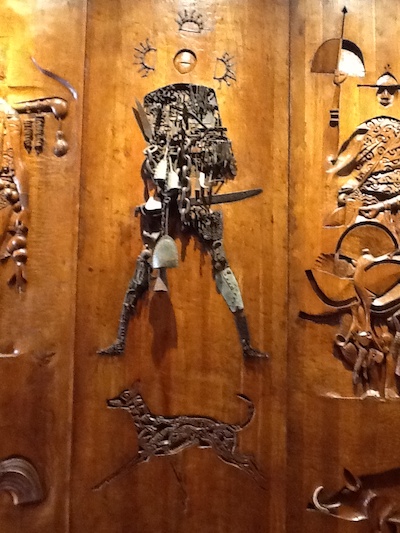 If it weren’t shocking enough that state policy is subject to punitive penalties for taking green policy decisions, these rulings are made behind closed doors and “there is no obligation to declare the existence of a case”. The grip of fossil fuel interests in shaping this Treaty can also be seen in a sunset clause “maintaining protections for 20 years after the Treaty’s termination”. European governments are, nonetheless, pulling out.

I’m not suggesting that either Truss or Kwarteng has been lobbied by Rockhopper. But Kwarteng was flown around Saudi Arabia on a recent visit by Aramco, Saudi’s biggest oil producer, also visiting another petrochemical company. Kwarteng’s omission of these visits from the records was called an administrative oversight. Truss’ intransigence is about the profound grip the fossil-fuel driven ideology has had on the right wing of the British Conservative party.

The above example is a snapshot of what Sally Weintrobe’s book calls “uncare”, with its cradle in neoliberalism. She juxtaposes uncare with care, the countervailing force. Thank goodness, for example, for the care of Yamina Saheb, a former official at the Energy Charter Treaty, turned critic, who became lead author of a UN Intergovernmental Panel on Climate Change (IPCC) report and exposed the proceedings of the ECT. Salisbury XRdemonstrated outside Rockhopper’s HQ. Another expression of care. And that same Guardian also had a pointed, wide-ranging article by Greta Thunberg on green-washing, ringingly clear, underpinned by a stalwart ability to face the facts: “We cannot live sustainably within today’s economic system”. (I have that statement of fact in my mind every time I hear someone on the radio claim, without challenge, “of course everyone is in favour of growth”.)

Ecology as the new class war

Bruno Latour, French philosopher and writer on the climate, died on October 9th. It was his book Down to Earth that enabled me to place the current times in their historical context: the end of the arc of modernity. He had little to say, however, about the way that Modernity shaped human psychologies, away from compassion and care. That is something we (four CPA members) wrote about in our book. Nonetheless, I get consolation from Latour’s end of modernity because, surveying contemporary violence, greed, suffering, pollution and destruction, I see a modernity that has become increasingly bad for humanity as well as for all living creatures. It needs to be transformed somehow and the current signs of civilizational collapse could afford opportunities. Latour’s latest book, soon to appear in English, argues that ecology is the new class war. The current British government is fighting this new class war on behalf of those determined to milk the last fossil fuel profits from the earth’s crust (the recent Minister for Business and Energy, Rees-Mogg, said a few months ago that he wants to drill the last drop of oil from the North Sea). 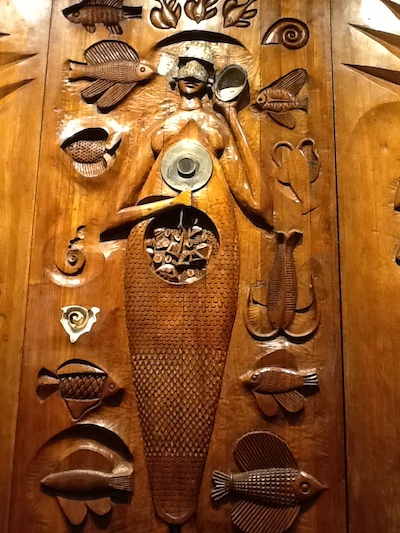 Let us not be put on the defensive about our membership of the ‘anti-growth coalition’; let us celebrate anti-slash-and-burn and consumption-driven growth; enumerate the myriad reasons; let us continue to dismantle the economic orthodoxy that fetishizes growth (Kate Raworth’s Doughnut Economics being an outstanding current example), so that ecological degrowth is widely seen as affording the conditions - clean air for example - that we need for life.

Wendy Hollway is the editor and occasional author of the monthly Digest. The images are from of a large set of relief carvings, made in the 1930s by Carybé, exhibited in the art gallery of Salvador, Bahia province, Brazil. The figures represent Orixás, deities expressing the divine energy of nature, from Candomblé, one of Brazil’s West African-derived religions that arrived with the slave trade.