This autumn, it is clearer than ever that we are in a political, economic and social mess, as well as an ecological one. The UK is in its own predicament, but it’s hard to think of a country that isn’t. And some kind of breakdown is inevitable, since even the best of political parties and governments are not willing to face fully into the societal transformation that would be needed to address the climate and ecological crisis.

Extinction Rebellion and, more recently, Just Stop Oil have helped raise the conversation about the climate crisis to a new level. But their theory of change doesn’t work for me – that through civil disruption they will either force the government to change or bring it down. Overthrowing the current regime would probably lead to something worse, and our top politicians are not the all-powerful cause of what is happening, though I do find myself trying to work out whether they are stupid, mad, evil or have just fallen in with the wrong crowd. They are the froth that has risen to the surface. They reflect the spirit of our age.

Tikkun Olam – to repair the world?

In a Zen story, the master holds up a precious cup and says “it is already broken” – conveying both the Buddhist doctrine of impermanence, and the sense of a reality beyond our perception of the passage of time.

Growing up in Cold War Britain, and as a Jew in post-Holocaust Europe, the world seemed to me an unkind and crazy place. It was already broken. There is a midrash (a kind of Jewish teaching) that when the universe was created, the angels broke the sacred vessels holding divine light, scattering shards of light throughout the world. The work of tikkun olam – repairing the world – involves returning those shards to their source. But tikkun olam is so much harder because the brokenness is part of me, and of each of the human collectives I inhabit.

There is shame work to do, facing into the knowledge that the safety, comfort, health and affluence that I experience are founded on and protected by violence and injustice. If British royalty reflects the soul of the nation, there can be no question that this is a soul fixated on military heroics and plundered wealth. And although I was taught that as Jews we should abhor anything that dehumanises other people (“love the stranger, for you were strangers in Egypt”), I could see and hear family members doing exactly that.

In twenty years of supporting people to engage with the climate and ecological crisis, I’ve seen little to indicate that more than a tiny minority are willing to make the changes in their lives and livelihoods that would be part of a wider transformation to limit global warming to 1.5°C. Western society seems ripe for collapse, not least because we are unwilling to own and end the violence and injustice we perpetrate on other people and our planet, within and beyond our borders.  The harms we cause find ways to rebound on us.

Human consciousness and culture might not be transformed until the current state of consciousness is inescapably untenable. Somehow, we aren’t quite there yet. And Margaret Wheatley has spoken about the timeline for the emergence of a new culture being perhaps 300-700 years.

Yet when Jem Bendell came out with his Deep Adaptation paper in 2018, I thought he was overstating the certainty that we face runaway climate change and societal collapse. One of the hardest things is to stay with the uncertainty. We don’t know what is going to happen.

Pathways on the edge

In 2018 we were discussing societal collapse at a trustees’ residential meeting for the small Quaker charity I run. One trustee shared a line from Rumi: Sit, be still and listen, for you are drunk and we are on the edge of the roof. We were thinking about the problem for young people trying to prepare for life, in a world on the edge of chaos. We decided to develop a programme to support young adults finding their way. 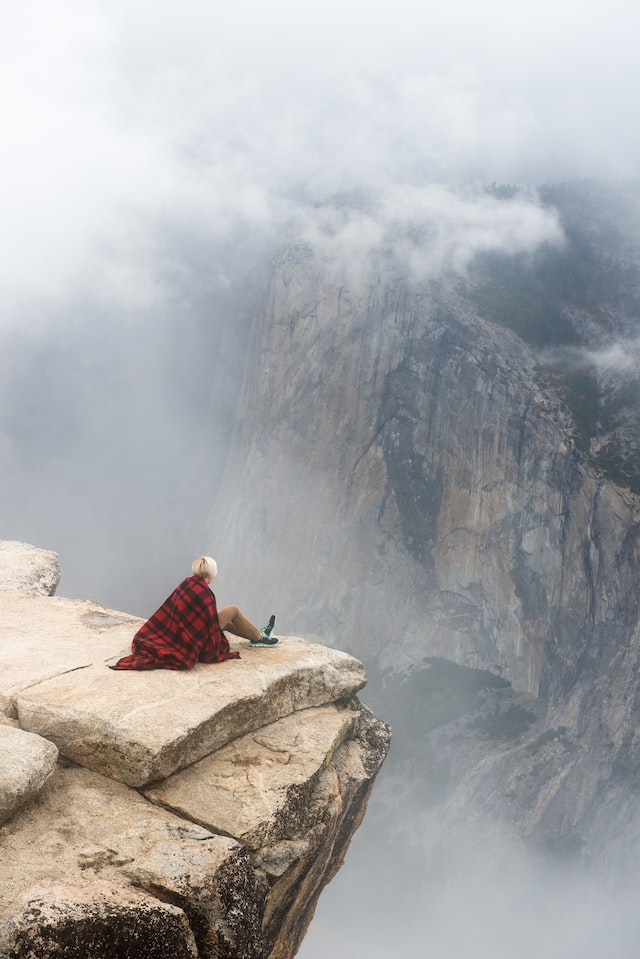 Photo by Connor McSheffrey on Unsplash

In initial conversations with about 50 young adults, they were most interested in support with practical skills like Permaculture and eco-building, and with activism. I felt we would have more to offer around building relationships and community, decision-making and working with conflict. We began designing a course that included both the practical and the relational and spiritual work, but the project stalled, and the pandemic came. Lately I’ve been thinking more about a focus on working with young adults as individuals, understanding their needs and supporting them on the path of experience and learning that calls them. There’s a new conversation among Quakers about accompaniment – supporting young adults through relationships with veterans of climate, peace and justice work – and about learning to be good elders and ancestors. We have started this conversation in CPA too. Maybe there’s potential to develop some kind of collaboration.

As I try to find my own path I need to be willing both to see truths I’ve been avoiding and to change. I need connections to others in diverse parts of the movement of climate engagement, and to have a sense of the humanity in them and what I can learn from them. This does help me to stay with the crisis and the possibility of a way through it, although I find little cause for optimism.  My current ecosystem includes my neighbourhood sustainability group, advising people who want to save energy in their homes, as well as CPA and Quakers in Oxford, the UK and internationally.

It also helps me if I can sustain an awareness of multiple timeframes. First is being present here and now, where birds still sing, trees grow, and there is wonderful food and companionship as well as suffering. I need to be with all of that, responding to it, looking for the ways I can help nourish life, and not be overwhelmed by the suffering. Second is social, historical, tragic time, in which decisions are made, strategies are developed and carried out, and civilisations rise and fall. My contribution there is, at most, the tiniest of nudges. And third is the timelessness of eternity, in which all that has been, and all that could be, just is. It is already broken, and it always was. There I can rest. 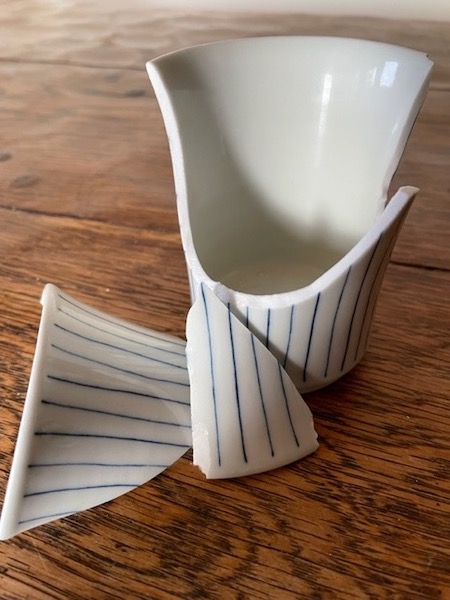 Laurie Michaelis is a CPA member and has worked on human dimensions of sustainable energy and climate responses since the 1980s. He was a lead author for several IPCC reports and set up a charity supporting Quakers in developing community approaches to sustainable living. He is currently training to help local people to save energy in their homes.