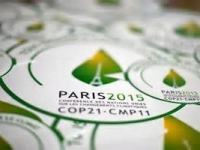 The Road to Paris

For a while in 2009, as Copenhagen approached, the denial industry seemed to go very quiet. Have they given up? some of us wondered. It was  the lull before the storm of “climategate” which helped to ensure that COP 15 ended in disarray.

This time, we can be sure of manipulation and manoeuvring behind the scenes "business as usual" but there is no sign as yet of dramatic exploits to derail the negotiations. Is the psycho-political-ideological-vested interest nexus of denialism at last a busted flush, as some were predicting a year ago? And will disavowal be affected in the least?

In such contrast to Copenhagen, those in the front line have carefully managed expectations. Indeed, the claim is made that progress has far exceeded expectations, despite the fact that it still falls far short of what is necessary. The climate movement has been on the offensive this year. Prominent activists and campaigning organisations have kept up the pressure; the flaws and deceptions in “sceptic” arguments have been repeatedly exposed and a succession of leaders from different walks of life have stepped forward to voice their concern about climate change.

Mark Carney, Governor of the Bank of England, spoke of “The Tragedy of the Horizon” – the chronic failure of political and business leaders to think long term – in this instance about the threats and risks of climate change.

For anyone who wants to read the slimmed down 20 page negotiating text for the Paris talks here it is.

Dipping back into September, as the UK reverses fast from its position as a world leader on climate legislation Al Gore voiced his frustration, puzzlement and sense of betrayal over the behaviour of the current UK government. At the same Green Alliance event, Ben Goldsmith, a Conservative, pointed to hypocrisy over subsidies, when comparing the treatment of renewables with that of nuclear and fossil fuels.

Shell’s Ben Van Buerden called, in an open letter to Christiana Figueres, for the “polluter pays” principle to be pursued through carbon pricing. Surely we all realise that this has to happen, for there to be a hope of avoiding catastrophic climate change. The commitment of Figueres to this aim seems beyond doubt, but her response seems to suggest that a carbon tax, in a scenario where every country is invited to come up with its own emission-cutting proposals, is as elusive as the Holy Grail. Meanwhile, as the article itself reports, Greenpeace perceives in the detail of Shell’s position a change of clothing rather than a change of heart in the poacher. We may ponder the intricacy of the calculations going on within the fossil fuel industry and the psychology as well as economics informing them.

The experts at the New Climate Economy agree that the way forward is for the G20 countries to work together on a carbon tax. We must hope.

Johan Rockstrom, Professor of Environmental Studies and leader of the hugely influential Stockholm Resilience Centre, says he is more hopeful than at any time during the past 20 years. Despite having added deforestation to his list of Earth boundaries gone critical, he says he finds new optimism in the speed at which renewable energy is developing globally and proving itself to be economically viable. Patient Earth is still in a critical state, but Rockstrom sees potential here for mitigation of climate change, one of its vital signs.

Meanwhile, Alice is Alive and Well, Beyond the Looking Glass

Well, judge for yourself here: “Alaska mulls extra oil drilling to cope with climate change”. Or maybe “Hair of the dog” gets it. And before we leave the silly corner, mention must be made of the Times’ front page article on 23rd October, headlined: Women ‘don’t understand fracking’, by Professor Averil Macdonald, chairwoman of UK Onshore Oil and Gas. If she has been reported accurately, she is attributing the statistic that only 31.5% of women, compared with 58% of men, support fracking to a mixture of lack of science education amongst women and the fact that they tend to make judgements on “feel”. Clearly the feeling that fracking may be a thoroughly bad idea is something which women need to have educated out of them!

As we enter November, it looks as if the next letter will need to take a look at why the massive fires raging in Indonesia are going largely unreported and why those in Siberia seem not to be denting the disregard for climate change in Putin’s Russia. Not all roads lead to Paris.

Adrian Tait
(On behalf of the Exec. Committee)