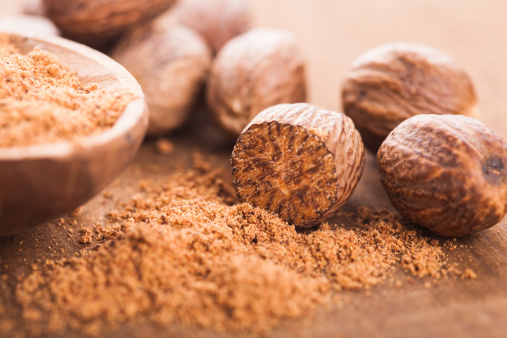 The Nutmeg's Curse: Parables for a planet in crisis by Amitav Ghosh

This book made a particular impression on me because I am Dutch. Ghosh starts off with describing the Dutch killing the inhabitants of the Banda Islands, determined as they were to dominate the trade in nutmeg.

After decades of bad behaviour by the Dutch, while the locals tried to live life as they were accustomed to (e.g. not putting particular people in charge of representing others, something which made the Dutch very suspicious) a particular incident started the killing. As the story goes the trigger for the massacre (and it is documented) was a lamp that fell over in the headquarters of the Dutch at the start of the night of April 21 in the year 1621.

Ghosh points at the fact that the extermination of indigenous people was not invented by the Dutch but also by the British and other West European people. The principle of war allows capitalism to flourish (chapter 10). It is war on people but most of all it is war on their way of living and the ecosystems they depend on.

A central point of the book is about relating to nature. As soon as the indigenous people are gone ‘The fruits of the Nutmeg Have Died’ (chapter 3). Ghosh shows terraforming to be pivotal to colonialisation, replacing indigenous cultures and existing ecosystems with new ways of producing wealth for (western) elites (chapter 4). Belief systems created in the early days of capitalism are still alive in the current day, e.g. the idea that white people are biologically superior (chapter 5).

Almost half way through the book, Ghosh adds another perspective – that of of Gaia. Based on that idea he gives examples of Gaia striking back, illustrating the current climate crisis and its relation to other crises (chapter 7). While the West until now responded through thinking that the same way of building the economy will keep it safe, Ghosh shows this to be an illusion (chapter 11).

Digging deeper into the relations that Ghosh explores throughout the book, he writes a whole chapter on the enormous contribution of (western) military operations to greenhouse gas emissions, yet these figures are hardly visible as they are not included in official statistics (chapter 12). He also shows what he calls ‘War by Another Name’ by which he means deliberate inactivity by the policy makers and politicians in order to shift the burden (or risk to survival) to the least powerful (chapter 13). ‘One has to teach the natives about want and money’ is a central quote in chapter 14 (The Divine Angel of Discontent).

Ghosh then discusses the origin of the word ‘brute’ and how it got used to address first nation people as well as nature (chapter 15). In chapter 16 he introduces the reader to Davi Kopenawa, an indigenous thinker, activist and writer (The Falling Sky: Words of a Yanomami Shaman) who has been instrumental (among others) in creating a short pause in the destruction of the Amazon Forest, where now under Bolsanaro the VOC style omnicide is at an all-time high.

Ghosh ends his book in two ways. One is by pointing at the emergence of and hope in vitalist politics. The other is by once again illustrating nature’s agency through quoting a Dutch writer (Louis Couperus) who was famous for his novel about a loyal and dedicated administrative person in Indonesia during the VOC years, who against his will, witnesses the most strange and mystical manifestations that cannot be rationally explained. Ghosh says:

“Van Oudijk’s (the protagonist in Couperus’ novel) crisis is not just personal; he is forced, rather, to confront the epistemic violence of colonialism. He, who believes himself to be in a place that has been subjugated and brought to order long ago, now finds himself dealing with forces that he can neither control nor understand. He is unable to mute the voices that are making themselves heard around him.” (p. 250).

The experience of the text is being close to the events he writes about. Also, he brings insights I had not realized so strongly before. On page 95 Ghosh writes about Linnaeus’ system of categorising the plant world. This system is still the way biologists and ecologists ‘systematize’ the living plant world into names. Two things about it: first, this system became a world standard mainly because authorities ordered everybody to use it (Spanish empire, mid 18th century). So now suddenly indigenous naming did not matter anymore. Secondly, it is now more and more understood that Linnaeus’ system is one of the clearest examples of cutting off vitalist elements (life) from the very subjects it describes and categorises.

We are a diverse community of therapeutic practitioners, thinkers, researchers, artists and others who believe that attending to the psychology and emotions of the climate and ecological crisis is at the heart of our work.