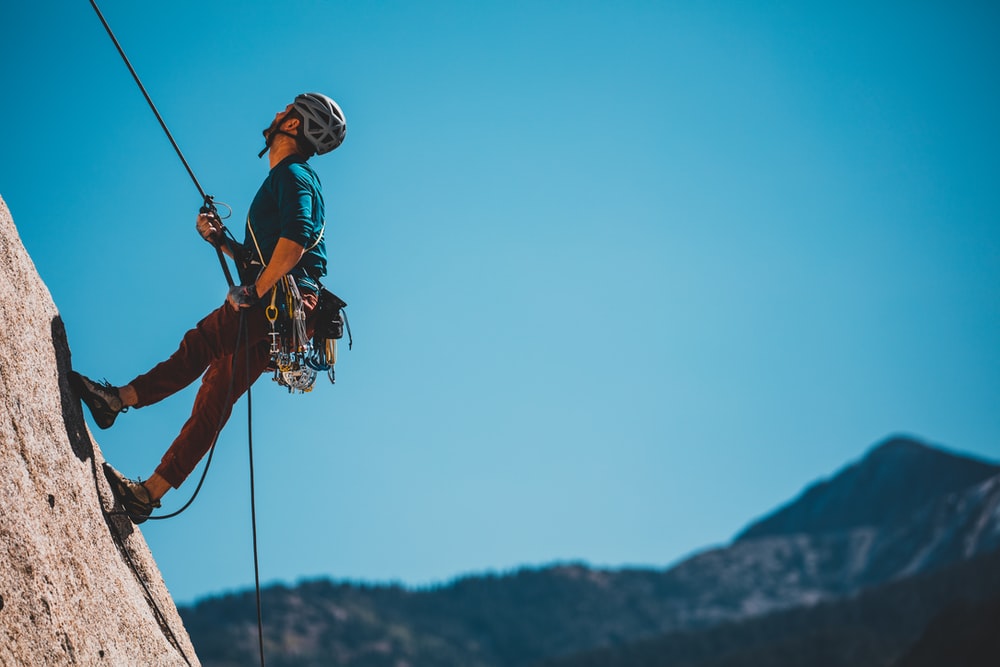 A tragedy which is without precedent is unfolding in front of our eyes. We are witnessing catastrophic rates of species extinction and biodiversity loss, soil and ocean exhaustion and runaway climate change.

I sit back and look at what I have just written. Somewhere inside me, someone is stifling a yawn. Blah de blah de blah. Perhaps I’m lapsing into hyperbole? I’m aware of a little voice in my head which says “Paul this is an exaggeration, you’re in danger of making a fool of yourself.” This little voice may be familiar to you, it’s a voice that says ‘don’t get yourself in a state’, it’s one of the ways we do disavowal being creatures who cannot bear very muchreality.

So I snap out of my dissociated state and go and look at the two recent UN reports warning me of this tragedy. Hmmm. Now someone else pops into my head, its Greta the pigtailed clarion from Stockholm and she’s saying “I am doing this because you adults are shitting on my future”. It takes an Asperger’s child to cut through the crap.

The IPBES Global Assessment Report on Biodiversity and Ecosystem Services tells me one million species are facing extinction. Nothing like this has happened since the dinosaurs disappeared 65 million years ago. But wait a mo’, that eminent earth systems scientist Toby Young, writing in May’s Spectator, tells me that the conclusion of this report (compiled by 150 expert authors from reviews of over 15,000 scientific and governmental papers) “doesn’t add up”. That’s a relief then.

Now I remember John Steiner’s 1985 paper ‘Turning a Blind Eye’. Here he suggests that everyone knew who Oedipus really was from the start, the storyof Oedipus is actually the story of a cover up. He notes, “(C)hance seems to play an important role in this process, as it forms the vital flaw through which the truth can be attacked” (1985, 168). Of course! Isn’t there just a chance these ‘expert authors’ might be wrong? Nothing like this since the dinosaurs went? Come, come now. And I can hear someone telling me in a reassuring and fatherly way to get a grip on myself.

We need to find ways of encouraging these one-eyed ‘fathers’ of ours to read the two reports in question – the 39 page IPBES summary for policy makers and the summary of the IPCC Special Report: Global Warming of 1.5°C (https://www.ipcc.ch/sr15/chapter/summary-for-policy-makers/) – and help them bear their reality. For they make for grim reading.

For almost 20 years now, Earth System Scientists have been deliberating on the emergence of the Anthropocene. This new geological epoch has three distinguishing characteristics. For the first time in the Earth’s 4.7 billion year history the imprint of a single species can be found everywhere; for better or worse this is the epoch of humankind. Secondly, and as a consequence of global heating, nature, for so long considered an object or resource for humankind to use, fights back. And as a consequence, the climatic conditions which appeared on Earth approximately 11,700 years ago and which have provided the basis for agriculture, settled life and human civilization are now being systematically destroyed (Lieberman & Gordon 2018).

The hidden hand of climate change, specifically drought and rural dislocation, has already been discerned behind the civil wars in Dafur and Syria, and the food price riots that kick started the Arab Spring were precipitated by the failure of the Russian wheat harvest in 2010. Social collapse has begun. Civilization itself is now on the endangered list.

Like an unconscious force, climate change begins to influence all aspects of global politics. Bruno Latour, the philosopher of science, insists that we can understand nothing about the politics of the last decades if we do not put climate change and its denial front and centre. Consider, for example, the riseof authoritarianism and nationalism. As Ian Angus notes, as early as 2003 a Pentagon report was envisaging a fortress-like retreat towards self sufficiency in the face of worsening climate change. Now the IPCC has included this strategy as one of its five Shared Socioeconomic Pathways, one which anticipates a rise of nationalism as “countries focus on achieving energy and food security goals within their own regions” (IPCC SSP for 2021 Sixth Assessment), a scenario which was anticipated a decade ago by the radical US journalist Christian Parenti who referred to it as ‘the politics of the armed lifeboat'.

As the liberal political order fractures everywhere it is as well to remind ourselves that whilst full of good intentions liberal democracy has never veered from a ‘business as usual’ trajectory. According to the latest projections being prepared for the 6th Assessment Report this trajectory, depending on the pathway pursued within it, would increase average global temperatures by between 3 and 5°C by 2100. This would make for an intolerable world for our grandchildren.

This is where our collective disavowal gets us. Our direction of travel is clear and it is one increasingly incompatible with the idea of human progress. We all want to carry on with our business as usual, busily not seeing that it is in crisis. When you come out of disavowal it’s usual to get swallowed up by anxiety, grief, guilt or anger and if this can’t be contained to then drop into despair. Even when these feelings can be contained they continue to trouble us. We have to learn to face these difficult truths and then stay with the trouble. There’s no cure for being human in these times. It’s like a chronic condition, it’s not going to get better and it may get worse; we’ll have to learn to live with it, we’ll have to learn how to flourish in spite of it.

How will we adapt to living in a society where spring has begun to fall silent, where climate refugees besiege the remaining temperate regions of the earth and where ecological austerity is no longer a matter of lifestyle choice but something forced upon us? In other words, how will we adapt to the kind of living that is likely in the Anthropocene if we continue on our ‘business as usual’ trajectory?

Since last summer’s heatwaves and the IPCC Report on 1.5°C a great fear has been gathering, manifest in public meetings and on social media, and beginning to percolate into our consulting rooms. It’s more than thirty years since Hannah Segal wrote her paper on the threat of nuclear war (Segal 1987). Rereading it I notice both similarities and differences to the predicament we are now in. The same mechanisms of denial and disavowal in relation to the danger are to the fore. But the threat then was one of instant annihilation, probably of all of humanity, whereas now the danger creeps insidiously but relentlessly upon us, and upon some more than others. Back then Segal felt that our own destructive impulses were denied and projected into the other group, the Russians, against whose hostile intent we sought an imaginary deterrence. Now, as we systematically vandalise the living systems upon which we all, humans and nonhumans, depend, there is no enemy ‘other’ to blame. Our destructiveness is exposed starkly before us. It would be tempting to speak of ‘species shame’ if only it weren’t for the inconvenient fact that those of us (white, middle class, western) who were and still are most responsible for this mess are those who, to begin with, will be least affected.

What part does the human condition play in this? We are a strange outgrowth of nature through which one part of nature has developed the capacity to become self aware, take itself as an object of contemplation and shape itself in a conscious way. And yet it is still of nature - human subjectivity remains trapped within the confines of the body, a body which suffers, ages and dies.

Perhaps only with the development of our modern civilization does humankind become partially aware of this tragic contradiction that inheres to being human. But we moderns seem to find this fact of life, our mortality, so difficult to bear. Our Promethean drive to master the universe appears like a manic defence against this knowledge and the annihilation anxiety that it elicits. We will become Gods. Progress, every extension of our control over the human and other-than-human, seems to be in part a flight from this unthought and unthinkable known

It is curious to observe how, in the years after their famous conversation on the subject of transience in 1913, Freud and Rilke almost appeared to change positions, Freud becoming more pessimistic and Rilke less despondent. In her preface to In Praise of Mortality, a collection of Rilke’s poetry, the great environmentalist Joanna Macy puts it thus: “Rilke’s is not a conditional courage, dependent on an afterlife. Nor is it a stoic courage, keeping a stiff upper lip when shattered by loss. It is courage born of the ever-unexpected discovery that acceptance of mortality yields an expansion of being. In naming what is doomed to disappear, naming the way it keeps streaming through our hands, we can hear the song that streaming makes”.

I think that ‘song’ is the pulse of life, Eros. Perhaps only if we are prepared to stay with the trouble, stay peering into that abyss, that a new spirit might arise. The new generation of activists, perhaps represented by those Extinction Rebellion activists who brought pot plants and bookshelves to the occupied bridges across the Thames earlier this year, seem prepared to do just this. We ridicule them for their idealism at our peril, it is us who need to ‘get real’ not them.

With civilization on the brink Segal called upon psychoanalysis to play its part in the mobilisation of life forces and warned how the attitude of analytic neutrality ‘can also become a shield of denial’. Speaking of those in the peace movement she argued ‘we must add our voice clearly to their voices’. She also felt psychoanalysis had a specific contribution to make. Because of its understanding of the psychic defences, she argued we should be able to ‘contribute something to the overcoming of apathy and self-deception in ourselves and others’.

Today there are many ways we can contribute to overcoming indifference to the climate emergency, from engaging with the media to support (if not active involvement) for campaigning groups, from life style choices which reduce our destructive imprint to developing new therapeutic practices which, for example, support climate distressed children and their parents. But the first step is to engage honestly with our own reactions to this unfolding tragedy. Today, in relation to the climate emergency, an increasing number of BPC registrants are making this contribution via involvement in the Climate Psychology Alliance, a network established by BPC and UKCP registrants a few years ago.

If the psychotherapy professions are to make the contribution that is so urgently needed they must wake up to the unprecedented nature of the time of the Anthropocene that we are now entering. As Naomi Klein put it, ‘this changes everything’. To carry on, business as usual, with our individual or group practices as if this darkening world didn’t exist will become increasingly irresponsible.

This article by CPA member Paul Hoggett was part of a special issue focusing on the climate emergency of New Associations, the magazine of the British Psychoanalytic Council. Helen Morgan, a Jungian analyst and former Chair of the BPC commissioned the articles that comprised this autumn 2019 issue. (British Psychoanalytic Council www.bpc.org.uk) Illustrator: Allen Fatimaharan.

Angus, I. (2016) Facing the Anthropocene: Fossil Capitalism and the Crisis of the Earth System. New York: Monthly Review Press.

Latour, B. (2018) Down to Earth: Politics in the New Climatic Regime. Cambridge: Polity.